Technology and innovation have long played a key role in China’s reform and opening up. Even though it was a latecomer to the global scene, China has breathed life into its technology sectors by establishing a number of tech zones. Zhongguancun was the first such zone. It’s now the vibrant innovation hub in Beijing known as China’s Silicon Valley.

Watrix is a star startup in Beijing’s Zhongguancun, which has world-leading technology of Artificial Intelligence (AI) that can identify people from up to 50 meters away no matter if they cover their faces or wear different clothes – just by body shape and how they walk. Huang Yongzhen is the founder of Watrix. He earned his Ph.D. in AI from the Chinese Academy of Sciences and decided to commercialize the technology.

“I hope Watrix can become a leader of innovation in a certain field, to use our technologies and our spirit of opening and innovation to lead the changes in traditional industries,” Huang said.

The technology has been used in security, defense and many other areas. Lenovo CTO and SVP, George He heads the Lenovo Capital and Incubator Group, one of the earliest investors in Watrix. The new VC arm of tech giant Lenovo has invested in many new tech startups besides Watrix, in such areas as AI, cloud, and big data. 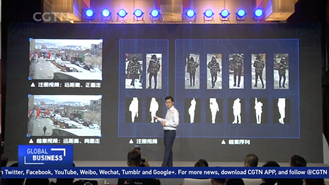 Watrix is a star startup in Beijing’s Zhongguancun. / CGTN Photo

“I think it’s time, these engineers and scientists from the Institute of Computing Technology of Chinese Academy of Science are expecting that the technology they developed can build a product for Chinese people. I think that’s the key driver,” He said.

The spark of innovation can be traced back to the 1980s. Lenovo was among the first start-ups in Zhongguancun and came in response to economic reforms that swept across the country in 1978. Lenovo was spun off from China’s Academy of Science and started by a group of scientists and engineers, with just 200,000 yuan (about 28,935 U.S. dollars) in original capital.

“Our first product was the Lianxiang Chinese card, allowing IBM PCs to input process and output Chinese characters. That’s the cornerstone for Chinese people to use PCs,” He added.

Lenovo has since grown into a global tech giant, with revenues of 45 billion U.S. dollars last year. It established Lenovo Capital and Incubator Group in 2016 to keep up with the pace of innovation and explore new start-ups in so-called “hardcore technology.”

“We believe that in the next 30 years, from now on, all industries, especially Chinese industries, will be driven by core technology innovation… We must continue to innovate. Keeping innovation as core DNA is very important,” He said, “That’s why we set up the Lenovo Capital and Incubator Group. We need to establish a fund as a radar, looking outside of Lenovo, to see the future potential opportunities, where these innovations can come from. And it really works. Actually, up to date, we already have invested in a hundred startups. Many of these are very successful.” 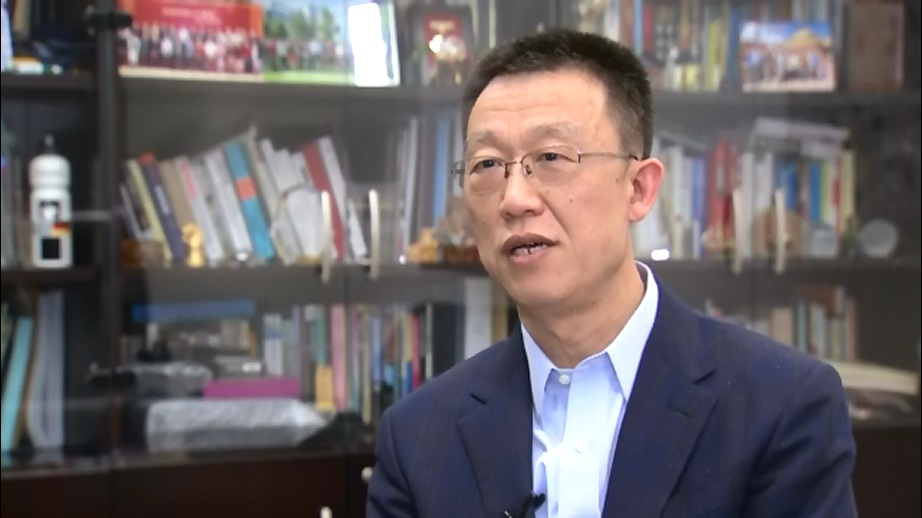 The president of Lenovo Capital and Incubator Group, George He. /CGTN Photo

Meanwhile, he also noted tremendous changes have taken place in the past 40 years, and now is the best time for China’s tech start-ups and entrepreneurship.

“There are so many changes, compared with 40 years ago. I think it’s great time; you have the money, the environment and the government policy support. And also you have a lot of talent, not only from China, these graduate students but also a lot of overseas students are coming back. It’s so different, huge differences,” He signified.

Starting from just a handful of tech startups, Zhongguancun has turned into a vibrant tech hub for China. Last year, its total revenue reached 3.5 trillion yuan. The spirit of opening and innovation has also thrived.

“All people working in the high tech industry, especially in AI, all called for more opening and sharing. Only through cooperation and win-win, making the whole human society as a community with a shared future, can humankind develop faster. History has proved isolationism won’t work, and will cause setbacks,” Huang cited.

China’s reform and opening up policies have brought tremendous advances to China’s tech space. The past 40 years have witnessed the growth of Lenovo, and other major tech companies. With continued reform and opening-up, many start-ups such as Watrix, will become the new cornerstones of China’s innovation drive and technology upgrade.

Gait-recognition technology from AI start-up Watrix can identify people based...
Scroll to top